Welcome to the Technology Template Series.  A series of booklets compiled by Ronald Kohlman; based on areas that he has substantial experience within - Information Technology, Testing and Project Management.

We trust that you will gain benefit and insight from each of these templates. Our approach is to provide you with a standardised model and access to the knowledge gained over 30 years within the Information Technology industry and offer this in a modularised manner. Thus allowing you to purchase only the pieces that you require, without purchasing an entire methodology or text book on the subjects covered.

The structure is to provide you with the layout of each template, with details within each section that define what you are required to write to complete the document and in most cases examples of this. 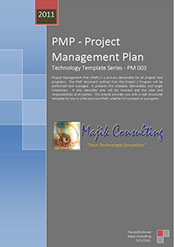 The PMP document outlines how the Project / Program will be performed and managed.  It presents the schedule, deliverables and target milestones.  It also describes who will be involved and the roles and responsibilities of all parties.

This e-book provides you with a well structured template for you to write your own PMP, whether for a project or a program.

These are being translated into other languages.

A collection of 15 booklets with metaphysical information brought to us by the spiritual realm though channelled information. The collection has also been recently translated into German, with other languages coming soon

These booklets are dedicated to the memories and teachings of John Stone, Light-Worker extraordinaire.

John passed through from this dimension in 1997, but has left behind a legacy of knowledge, which is now available to you as e-booklets. John was Pananda’s partner for over 4 years prior to his passing over.

John was a dedicated light-worker and prolific with his teaching. Working with the “Master” (Mr Wong) who channelled through John and the “Brotherhood of Light”, he produced many “teachings” both in metaphysical class es he conducted and in written form (these and other writings). John was the gatekeeper for this knowledge and a healer.

It is with both joy and sadness at his passing, for he is now with his “spirit” friends.  Pananda DonnaRae

When I sat down and started to write this in 1983, I was under the impression that I had decided to do this entirely of my own volition. As time went on, I became aware that there was an energy and intelligence working through me that was above and beyond my normal command.

When I was unexpectedly interrupted on two separate occasions, I experienced some physical distress not unlike an electric shock. I realised, and it was later confirmed that I was in a light trance state, and was channelling the material clairsentiently.

In time, I established clear contact with the Intelligence who was behind it and I was told that I had made an agreement before I incarnated in this lifetime, to channel through the wisdom of the teaching of those Beings of great illumination, known as The Brotherhood of Light,

Little did I then realise that this would be the first in a series of instruction on how to achieve total attunement with one's Higher Self and the attainment of UNLIMITEDNESS. So be it!     - John Stone